I decided to bypass a long time resistance of mine to experience a sample of what the United States have to offer.
I came back with a few notes about american craft beer culture that I wanted to share. Feel free to comment, share, subscribe.

Disclaimer: I will struggle as strong as possible against them, but stereotypes will always prevail.
This article was originally written in June 2015.

What would a Belgian think of Colorado (1) craft beer scene, beers, main actors? Isn’t Belgium the beer-country by excellence, the quintessence of what’s brewed and alcoholic, the very nest of drinkable culture?

Why would I come across the Pacific Ocean, while – according to apparently the whole world – we have everything we need here?
Maybe I should start there.

During my years working as a waiter, then as a guide and tasting animator, I came to meet more and more people from other countries, and of course cultures.
It appeared that, following the stereotype, those people came to (or just consider) Belgium (mainly) because of beer, and often offered some bottles and cans from their own breweries.

Imagine the effect of trying a beer coming from another country for the very first time. A proper slap in the face: good is not necessarily Belgian. I was in my mid-twenties, an Italian craft.

When I finally sat down to work on this article, I began by brainstorming. So, this is what I thought of:

Wow.
That’s some list we have here. First, let’s compare some figures as a rough context.
A frame. 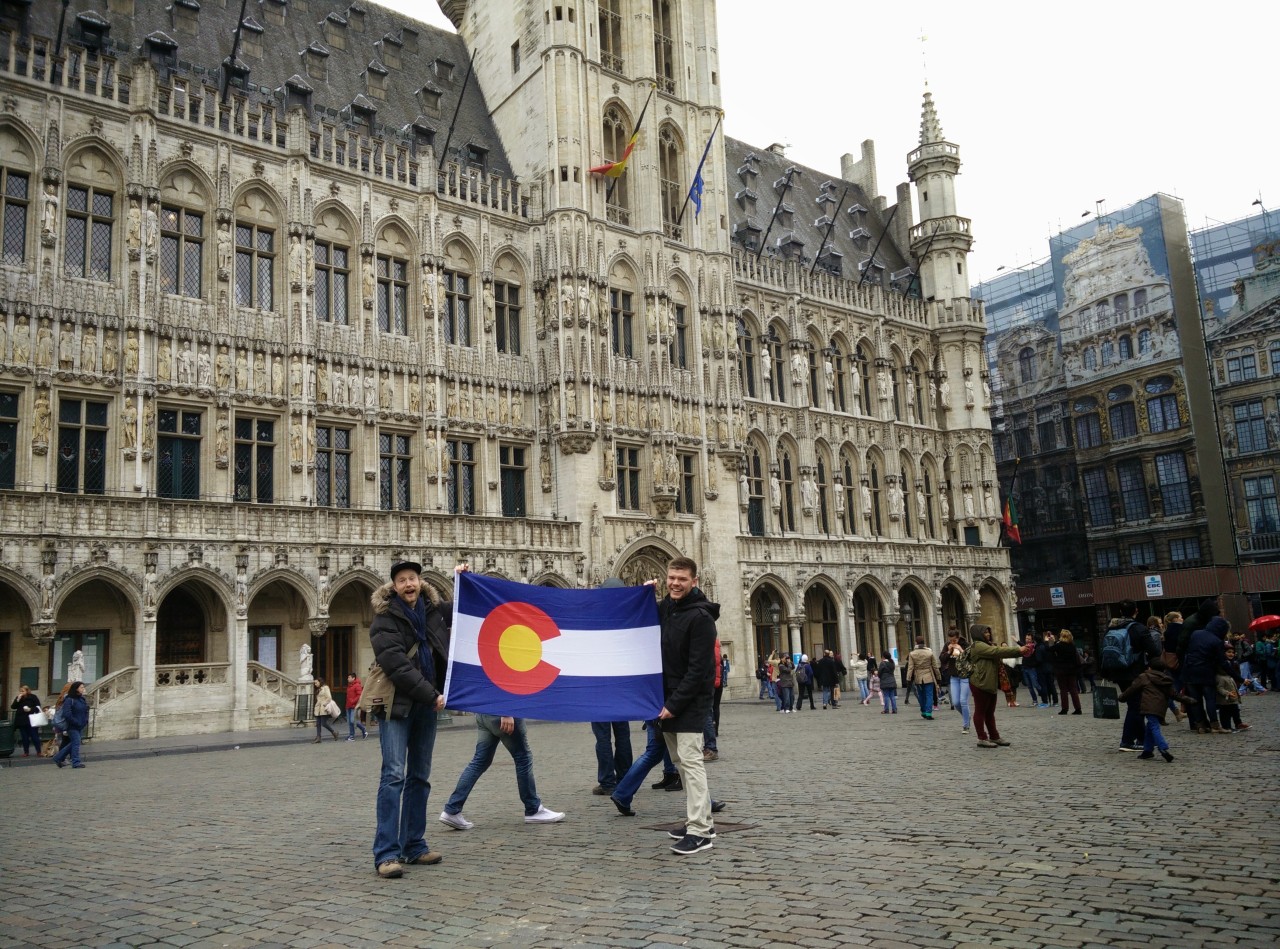 So.
More breweries per capita in Colorado than Belgium; more quantity of beer produced in CO than in BE.
Let’s try not to pull any hasty conclusions; observations will be good enough for now.

Back to the story

Coming to the States was one of those ideas/projects I had in some corner of my head, and when I finally made the decision to do it I was quite excited.

I was expecting to encounter some cultural differences, and even some surprises, and instead of letting those disappear in the limbos of my bad memory, I decided to write down – and to share – some observations.

“In psychology faculty, you always have the hottest girls!” I heard this kind of considerations so many times during my studies I came to wonder.

Was this true?
Partly: with (if I remember well) around 87% of girls, no doubt you’ll have a bigger probability of finding the right fit.
The link with our field here is the following: the wider the choice, the more likely you’ll be able to find something relatively of good quality.

Mutatis mutandis, craft doesn’t necessarily mean good.
At some point, the Gauss’ bell distribution applies (quality wise), regardless the amount of breweries considered: just a bunch of amazingly good breweries, plenty of average (to good, less good and not so good) ones, just a bunch of “could be way better” breweries.

The greater freedom of entrepreneurship helps the beer industry a lot: two or three pans, a few empty bottles, ingredients, “I swear upon the honor I’m a brewer” in front of some official entity and bim! A new brewery is born.

There are market-laws there I’m pretty sure, as what’s happening on the craft-beer market is quite predictable: the amount of producers is increasing (crazy); at some point a top will be reached, then this amount will decrease.

To eventually increase again. I figure it going by wave cycles. 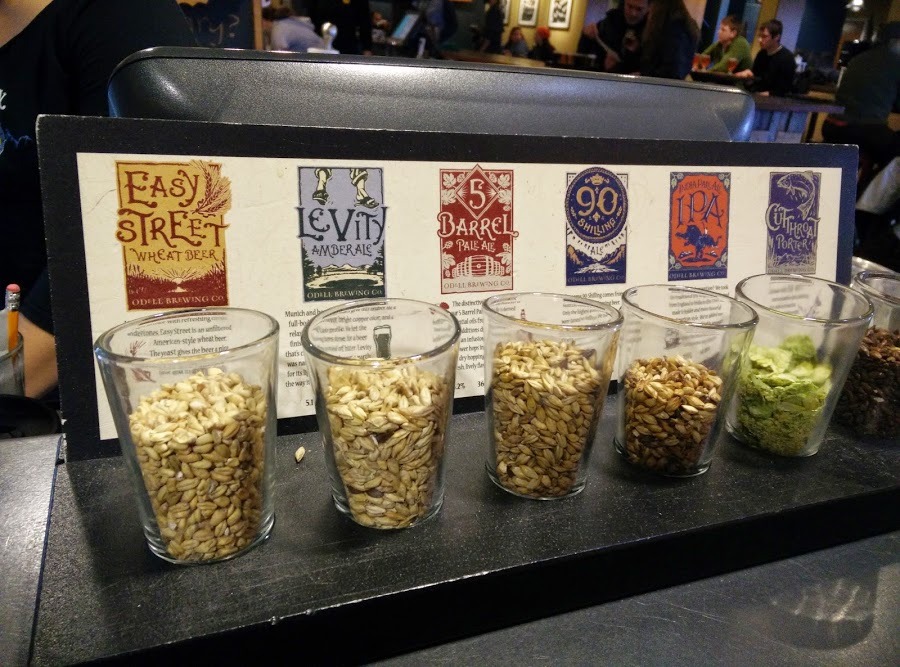 With the different figures I left above, no doubt it was a pretty good idea to land in Colorado to start my journey into craft America.

This impression strongly reinforced by the easy reach of a craft product on tap. We in Belgium don’t have anything like that in comparison.

I decided to regroup what I noticed into big categories: Culture, and Bar/taprooms. Let’s begin with them. I’ll talk of the bare necessity of having a taproom for a brewery, glassware, but first things first: the welcome quality. 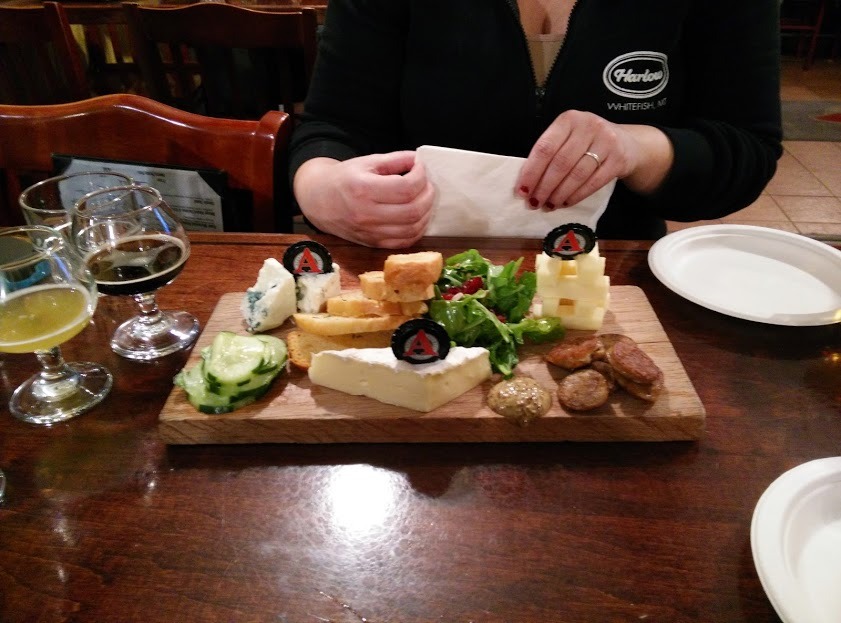 Welcome quality: something that stroke me almost instantly is the way we are welcomed, as customers, in selling points, especially in bars.

I’m not used to be so smoothly taken care of by waiters and waitresses back home, not even in places I go to for years.

Of course, they’re mostly paid on tips.
Of course, it feels a bit excessive sometimes (and how can you make a difference when every bar and shop does the same?), but still.

I will always remember that time when, for some reason, I entered a cellular company: at once the whole crew stopped what they were doing, stared at me and welcomed me altogether saying joyfully “Welcome to …!”.
I remained voiceless for three real seconds.

Considering that matter, having to tip waiters is quite uneasy when you come from continental Europe.
So the price you see on the menu isn’t correct (add at the very least 10%+ to your bill) is one point; another one: how can you make the waiter understand you actually really enjoyed the service? I really get it when it’s a small business (paying the smallest wage lightens the personnel budget), but when we’re talking of a 50’000+ barrels annual production brewery?

Every brewery I went to has a taproom.
That is a logical move, but a treat nevertheless.

For both parts: by law in CO it is allowed for a brewery to sell their own production on-site (and if you apply the same prices than on the market, you make a substantial increase of your margins); and is there any better way to spend a Sunday than in a craft brewery?

Founding and opening a brewery can look like a lifetime dream, and those who succeed in this never regret the adventure.
It comes though with a substantial investment.

Like, a real big huge colossal investment (time, money, availability, family life, aso).
There’s one thing I learnt quite the hard way: beer is a very jealous lover.
It doesn’t like to share.

According to the market, it is natural to have a place where customers (Mr. and Ms. Anybody and kids, curious people, beer travellers, long bearded geeks and alike) can gather, spend some time and taste the local production.

Warmth, colorfulness, space, decoration creativity, available personnel, crowd, big tables and exclusivities, those are to me the major common points between those I visited.

This is quite appealing indeed. Something else: even when the brewery wasn’t working, the taprooms were open anyway, like bars.
It seems common to have those open seven days a week. Try to do that in Belgium. 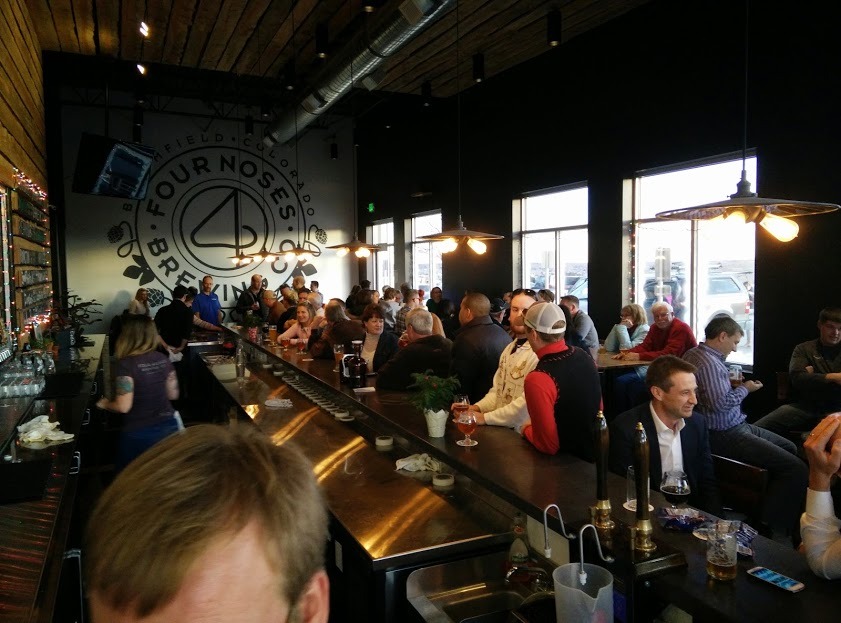 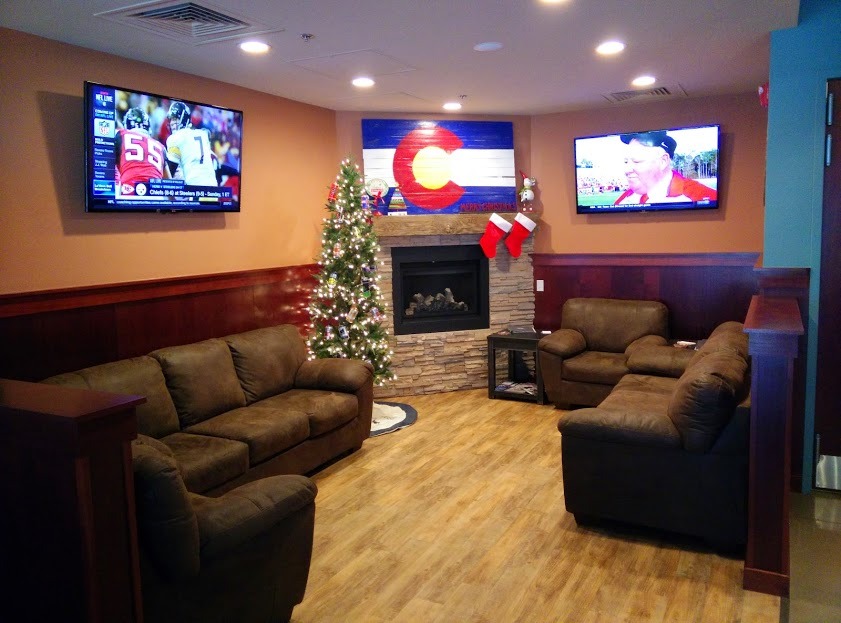 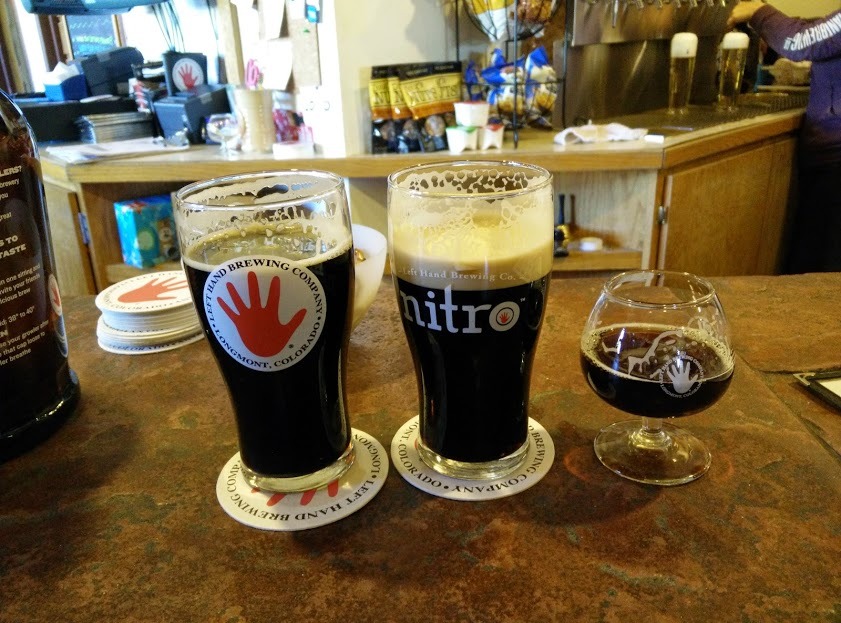 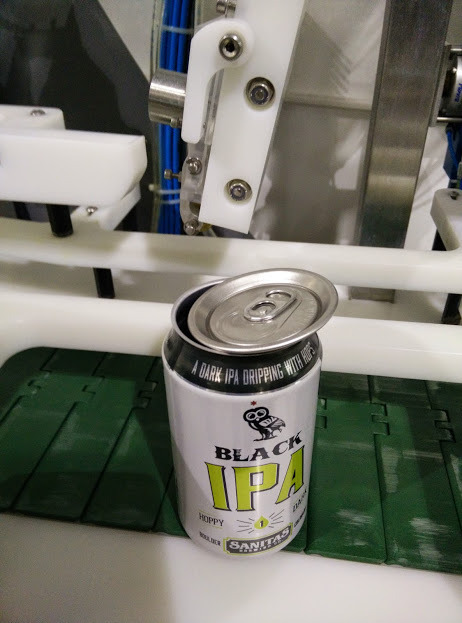 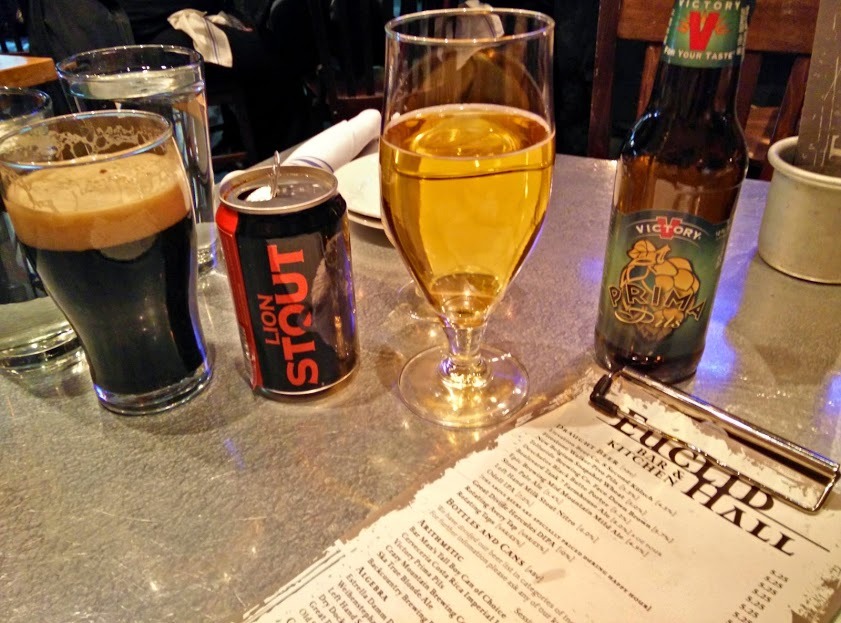 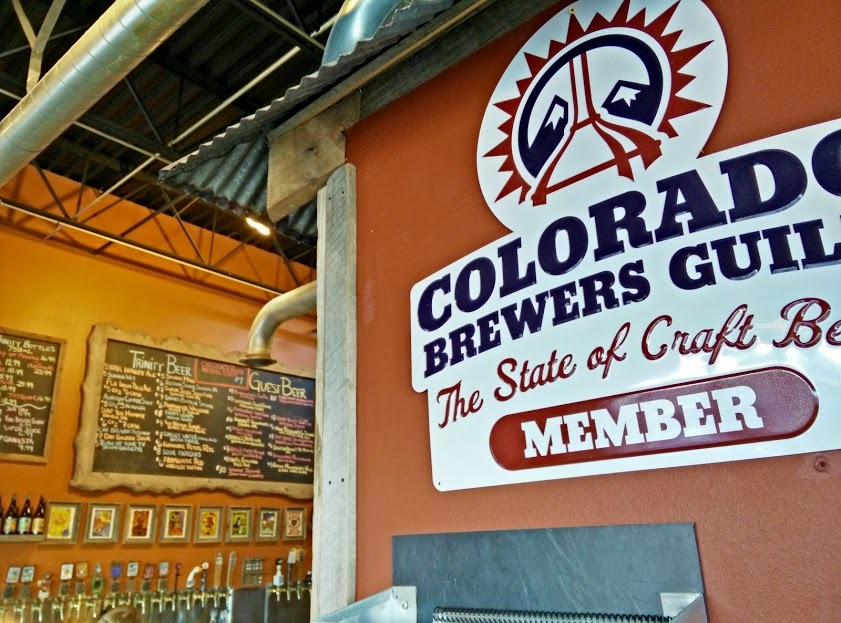 So my first experience of America in situ was, it’s quite clear now, massively positive. Is Colorado The beer state? I don’t even get the point of answering that question. However, the little window I opened on this market was very pleasant: I met wonderful passionate interesting knowledgeable people. And just for that I’m very grateful to have had the opportunity to make it overseas.Is it needless to say I had my mind blown several times by the complete surprising experiences beer-wise? Tell me where for example I can find cucumber beers, cream ales, or 100% spontaneously fermented imperial stouts with wild yeast in Belgium? So please, I suggest to reconsider the value of the beers tried.Not based on their country of origin, but on their quality. nd many of our brewers have a lot to learn from this creativity.

To me, even if we know the market won’t expand the way it does in the United States for a decade or two, it still has some bright golden years to come.

Beer_Padaw0ne. (Yes because back then I thought it was a cool nickname).

(1): Let’s use, from now on, ‘CO’ for Colorado and ‘BE’ for Belgium. (2): In 2007, according to www.cobeer.com/beerbook.pdf, p. 12. (3): A barrel is 1.19240471 hL equivalent ; a hL is 0.83864144 barrel equivalent. (4): In 2013, according to Wikipedia. (5): In 2013, according to Google. (6): In 2012, according to www.wikipedia.org/wiki/Beer_in_the_United_States. (7): In 2011, according to MALOSSE, H. (president of social and economical european comity), 2013. “Promouvoir le potentiel de croissance de l’industrie européenne de la bière”. (8): Unofficial figure. That’s a rough projection of the amount of breweries end 2015. (9): In 2013, according to VAN DE WALLE, M. (ed.) (2014), “Beer Statistics. 2014 edition”, p. 21. I would take the figures in this document with caution though, since their way of defining a microbrewery is “a brewery with yearly production up to 1,000 hectolitres”. (10): 4 Noses, Black Shirt, Coors (not a craft, I know), Epic, Funkwerks, Great Divide, Lost Highway, New Belgium, Odell, Powder Keg, Rickoli, Sanitas, Upslope. Didn’t visit but went to taprooms of: 12°, Arvada, Avery, Big Choice, Boulder Beer, Crooked Stave, Dry Dock, Finkel & Garf, Golden City, Gravity, High Hops, Left Hand, Odd 13, Oskar Blues, Prost, Renegade, Strange, Tommyknocker, Trinity, Yak & Yeti. Not breweries, still nice spots to go to: Colorado Cider Company, Colorado Keg House, Colorado Plus, Euclid Hall, Hops & Pie, Stranahan’s distillery, Highlands Liquors & Wine. (11): Merci Jean Hummler pour l’expression, elle convient parfaitement. (12): It is, of course and hopefully, more complicated than that. We here have very passionate, skilled and talented brewers. Still. (13): Not mentioning the fact that when your document is no longer valid you are considered not allowed to drink. (14): This is very rough said like that. It is of course way more complicated than that, considering the available space in a given store versus the number of brands and breweries represented, knowing that some big breweries intentionally put new brands on the market to push others away from the shelves for example. (15): According to the Brewers Association, « An American craft brewer is small, independant and traditional ». By “small” they mean up to 6M barrels / year; by “independent” they mean up to 25% of ownership can be controlled by a big guy; by “traditional” they mean the majority of their production has still to fit to the definition of beer, not only flavored malt beverage. https://www.brewersassociation.org/statistics/craft-brewer-defined/

Blog -> Articles | This text comes after Sandrine Goeyvaerts invitation, wine sommelier, writer and journalist, for male professionals to openly take position about sexism (and any other discrimination) in beer, wine and globally the hospitality industry. Written...
Read More